Your team must simultaneously push your cart through enemy territory, in order to reach the finishing point, while preventing the enemy team from doing the same. There is no time limit; the round only finishes when one team reaches the finish line first. 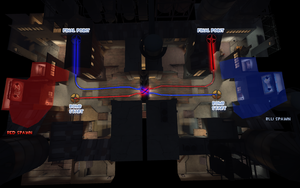 Stage A is located at the teams' docking bays, separated by a gate in the middle where the Payload tracks cross. 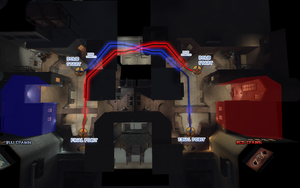 Stage B is located at a train terminal which connects to both team's sides.

Stage C (Heart of the Factory) 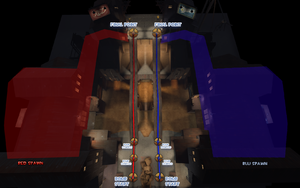 Stage C appears to be located in the heart of the factories which surround the pipeline stages. The final stage contains a set of ramps that each team must push their cart up. If a cart is left alone on one of the ramps, it will slide back down.