Gorge is a single-stage Attack/Defend Control Point map. It was released with the WAR! Update as an official map. While similar to Attack/Defend style maps like Dustbowl and Egypt, Gorge features a single large stage, as opposed to three smaller stages. Gorge was the first official Attack/Defend map with a moving BLU spawn point. The map's layout allows for more attacking choices for BLU and fewer high-traffic choke points.

A Halloween version of the map was released in the Scream Fortress 2015 update. 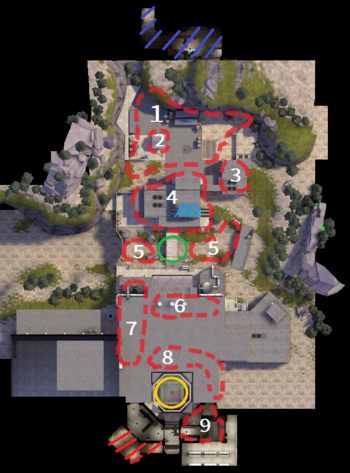