From Team Fortress Wiki
Jump to: navigation, search
Sawmill has multiple variations, including Arena and King of the Hill.

Sawmill is a Capture the Flag map added in the Classless Update. Sawmill (Capture the Flag) offers an almost identical layout to its Arena and King of the Hill variations, the only major differences include the addition of intelligence rooms for each team, and blocking off the shed access to each side area. The control point is replaced by a small health pack.

To win your team must capture the opposing team's intelligence continuously until you reach the game's capture limit (default limit is 3) whilst preventing the enemy from achieving the same.

Note: If you're having trouble with finding the locations listed here, you can scroll down to the Helpful overview section to see their exact position marked on the map 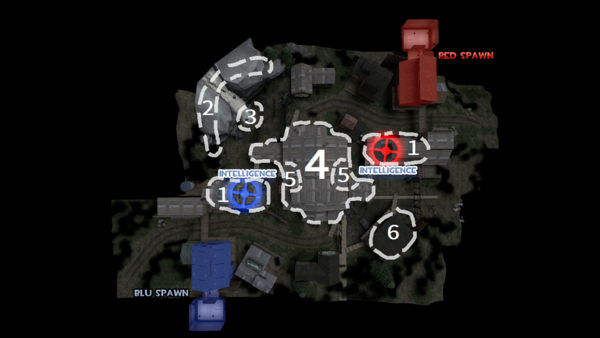